The Making of a 3 Year Old

A little someone in our house turned 3 on Friday.
SO glad the camera was nearby when I walked into
the playroom that morning to this: 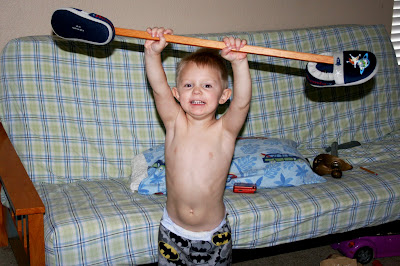 No lie...he came up with this one all on his own.
He has been walking around the house playing with
these rails for the bunk beds that are being moved into his room.
As i walked in he was putting his buzz slippers on the ends
and began "pumping iron"
Way to start the day right, buddy boy. 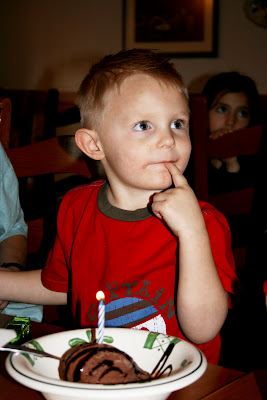 Next up was a little luncheon at the Olive Garden (our kids love that place)
He was a little shy at the singing. But secretly loved it, I know. 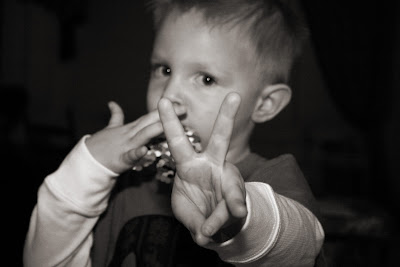 And no, he cannot show 3 fingers, have a toy in his mouth AND
pick his nose at the same time! 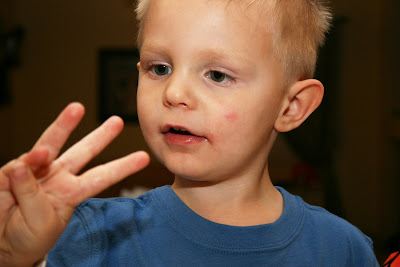 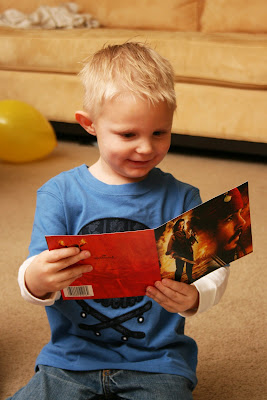 A music pirate card...I think he digs it! 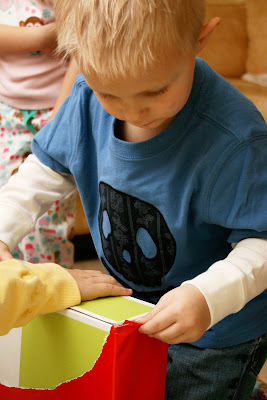 The opening of presents was VERY serious business. 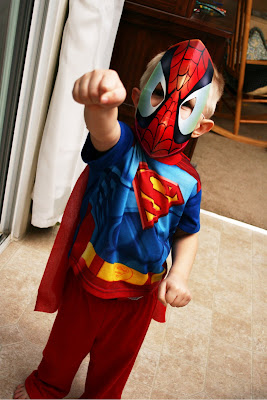 In his new pajamas...thanks Grammy!
Its a bird,
It's a plane,
It's Super...spiderman!
Again the posing...all his. 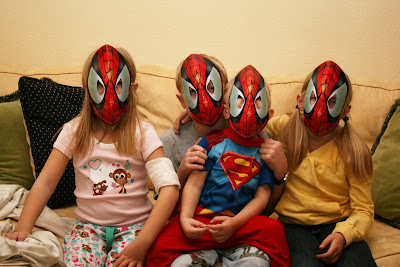 The party goers.
We had a really fun day as a family. It was all about Jack.
He had been waiting a long time for this day. He was super excited
and loved all the candles, the cake, the ice cream, the cards, and the presents they were just a nice little bonus.
Whenever someone asked him about his birthday and what he wanted, all he ever answered was "i get candles... i have cake"
And can I just say...we LOVE this kid!
He is hilarious.
I can't get over the stuff that comes out of his mouth.
He is a bullet in the house
Always on the go, running every.where.
Doug and I are always looking at each other and laughing.
He is a super sweet heart and a big stinker all wrapped up in one.
We never forget how lucky we are to even have him.
3 years later, and we still talk about how close we came.
HAPPY BIRTHDAY
BABY JACK JACK!
Posted by Carol at 9:50 PM

happy birthday to your littlest dude. glad he had a great day. i would be happy the cake too.

Happy Birthday! What a cute little dude he is. What do they say.... threes are worse than 2's?

he's such a cutie pie!
happy birthday to your little guy.

love the concentration on his face trying to get those 3 fingers up.

So glad you had a fun day. He sure is a cute boy!