Before Another One Starts....

Lets wrap up the last one ;)
The school year that is.
It's weird (bizarre!crazy!wrong!) that my girls only got out of school 2 weeks ago.
It really was a great year for both of them and they were sad to see it end.
They, of course had the traditional awards ceremony.
Being in 1st grade this was Samantha's first and she was pretty excited for her awards...straight A's and citizenship.
Kristen worked super hard and earned the Nevada Citizenship Award. It's a pretty big deal and there is no way I could do it! They have to memorize ALL the governors of the state, lots of map information, all the state symbols, songs, and a bunch of other stuff. They got a big gold medal for it. They also awarded for exceeding standards on the state testing. aaaaandd.....during the school year she participated in a nation wide online math competition and was one of the top students in the country!
The girl cleaned house!
(though she told me recently that she doesn't want to be labeled as a nerd so her plan is to not try as hard this next school year! wha?????) we had a little chat about that. 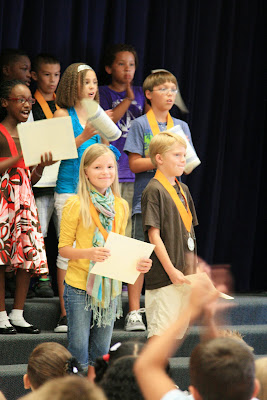 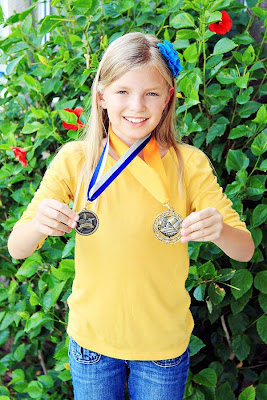 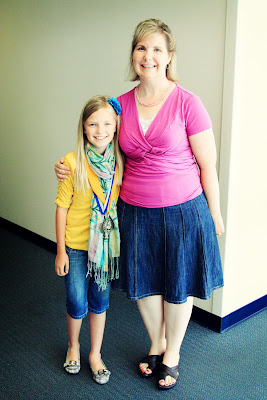 We loved the girls teachers this year...they were fantastic and I'll miss having them. 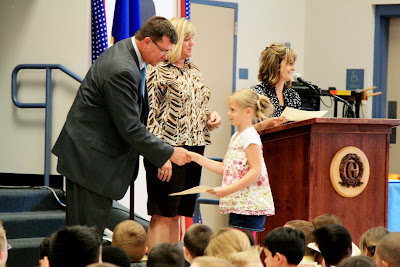 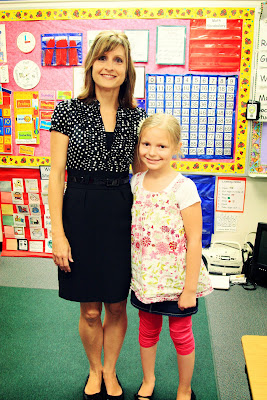 They wanted to look extra fabulous for the last day of school and both slept in sponge rollers.
Kristen got decked out in her new skirt I made a little bit ago...sadly this was the day the chin incident happened and this outfit ended up covered in blood. 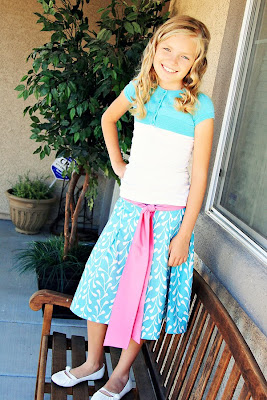 This little one loved her teacher but is in no hurry to get back to school. 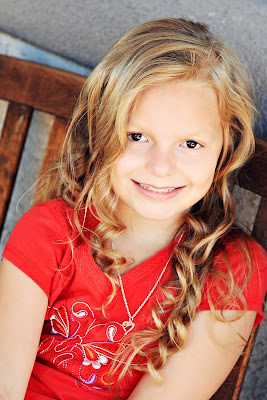 You're such a proud mama...you should be. Love their curls!

Could you please come fix my girls' hair like that in the mornings? Beautiful! I'm going use that one...I didn't excel so I wouldn't be "labeled" yeah...that's what happened... :)