I'm going to try and post more than 2 times this month!
February (my favorite month by the way), was pitiful
in my blogging attempts.
In my defense...i was VERY busy.
I've been doing a lot of painting,
refinishing my white trash cabinet :)
dealing with some health issues,
and taking a quick trip outta town.
(lots of things to blog about for sure!!)
So lets welcome March with a post!
I have much to catch up on, so lets start with January!
Little Jack Jack's birthday bash.
It was his first party and SO exciting!!!!!
He has been making plans for his birthday for months.
Adding to his wish list, daily.

Now that it's over, he's asking for things for his next birthday....ha!
We did a pirate party and I found loads of decor at the dollar store.
(my WT table....it looks soooo much better now, I can hardly stand to look at it in this condition)
We had little treasure boxes and pirate hats for the party goers. 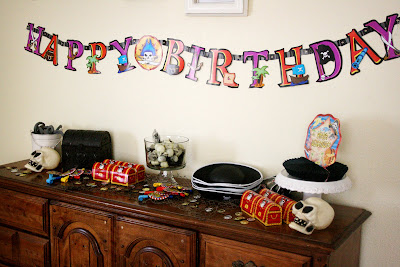 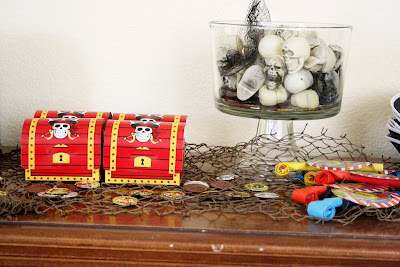 Found this cute skull cupcake holder at Halloween. The color skull is actually a candle. 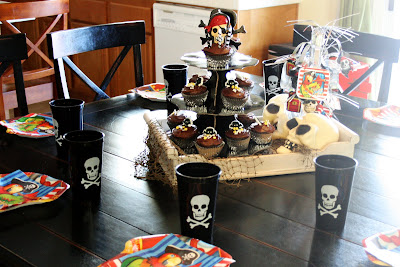 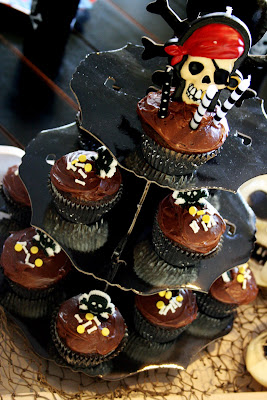 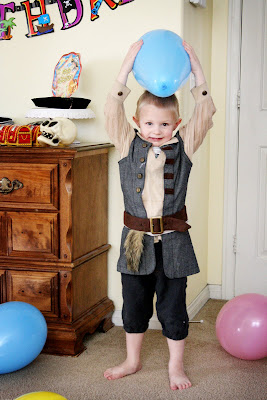 Playing pin the treasure on the map. 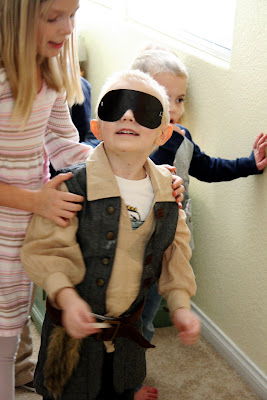 Had a super cute treasure hunt.
In the sand!
The kids had to look for rings, necklaces, gold coins, swords, compasses, skulls...uh...that's all I can remember ;) 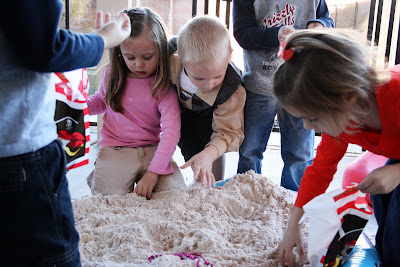 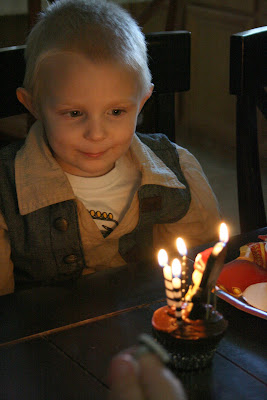 All the party animals! 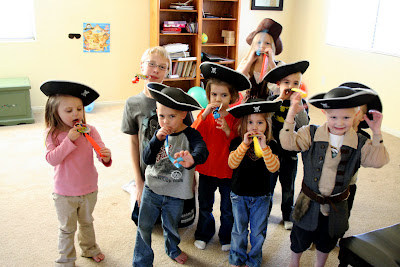 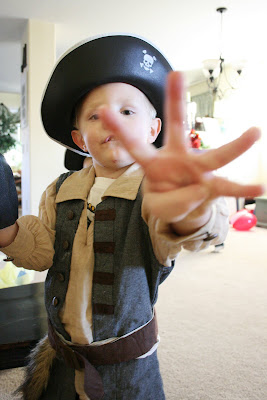 Your new blog layout is super cute! Yes! Please blog more! Jack's party is soooo cute. Diddy had so much fun. She was so excited to go. You are such a cool mom :)

you keep teasing us with the cabinet. lets see it girl!!

and jack is just too cute! what a fun party you gave him!!

Love the pirate party! You did so many cute things.

Such a cute party! I'm sure you won't be surprised to hear Anneliese still has her pirate treasures. I'd say you've been busy. Your house looks awesome! But, now that that's done...you can blog more;)

Cute! My boys had a blast. You sure know how to throw a par-tay!