and I can't get up.
You ever have one of those days????
I woke up in a complete fog today.
Soooooo tired and NO energy.
Not sure if it's the MS or what,
but this happens more than it used to.

So for now, I am chilling in bed.

I also seem to have fallen off the blogesphere (is that a word???) ;)
My scrapping mojo took a vacation and I have just felt blah this last week.

I thought I would spend the weekend scrapping lots....but I ended up spoiling my girls instead.

We enjoyed a little girls weekend as the boys headed up to Utah to see a Jazz game.
They had fun, partied hard.....and SO did we ;)

We had a sleepover with some best friends ;)
I made them dinner and served their soda's in our "fancy" glasses. 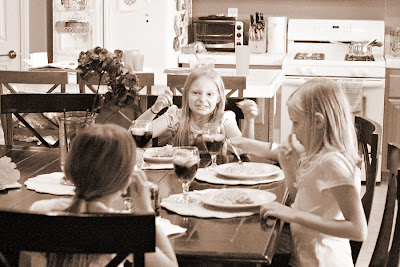 Kristen and Blake are wanna be rock stars and they have been writing songs for a few years now.
They fine tuned a few things and put on a show for us ;)
Here is the audience..... 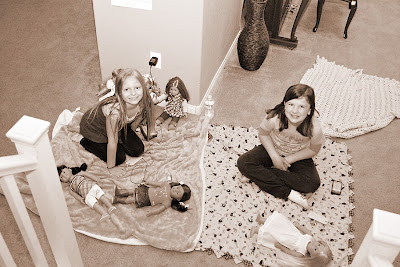 Here are the rock stars! 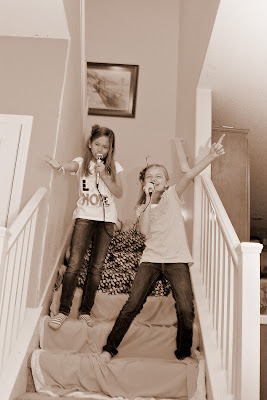 They sang songs about food ;)  Their big hit is "Watermelon"  it's quite clever and cute really.
And I've completely forgotten all the others!
The paparazzi was there too ;) 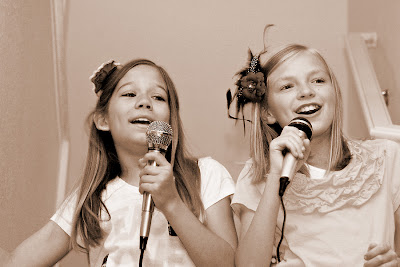 They've started a new song.
Licorice Coma...it's sure to be a hit ;)
They are ready to head into the studio to record their album. 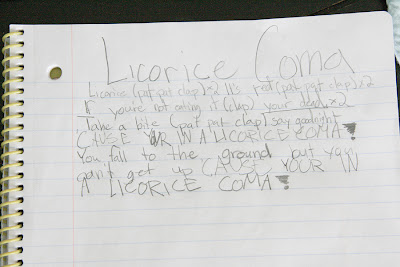 Ended up out on the trampoline the next morning talking girl talk I'm sure! 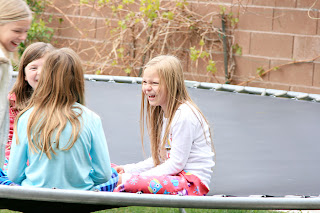 After the guest went home the girls and I headed out to the salon for some mani's and pedi's. 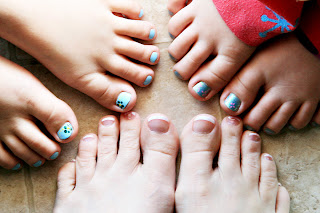 Hit the movies after that and saw the new Diary of  Wimpy Kit.  It was hillarious and so fitting considering the weekend we just had ;)  It was awesome.

We ended our day snuggling in my bed watching another movie.
It was such a fun weekend with my little girls.

I did squeeze in a little scrapping here and there and will share what I came up with tomorrow.
I'm excited about it ;)

Ok, now I really need to get my act together and get up today.
Seriously, I feel like a brick laying here!
Posted by Carol at 11:08 AM

hope you get ypour energy back soon,
take care

Hope you feel better soon. If it makes you feel any better we ALL have days, even weeks like that! I have learnt to deal with it by saying to my self ...'hang in there...it will pass' And it usually does! Take care and your girls are just gorgeous.