insert tears ;(
my baby graduated from preschool a few weeks ago.
He's sooooooo excited for kindy!!!
He was over preschool...big time.
Figured he had learned everything there was to learn.
So happy he had a great year!
He loved his class and all his little buddies. 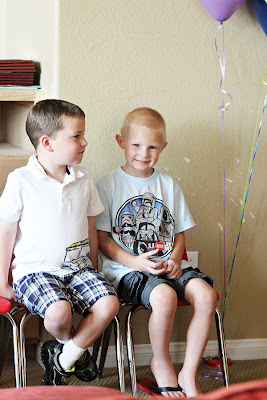 Just look at him sittin' there all cute like! 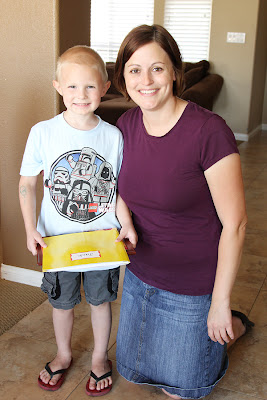 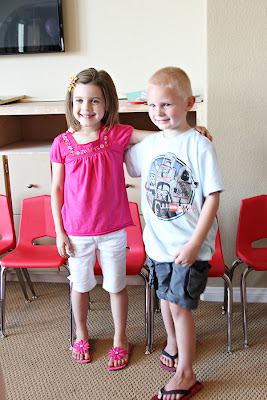 Jack with his ex-fiance......good thing they are still friends though ;)
They were engaged for quite some time, even giggled at the thought of having to kiss each other when they got married.  Emily eventually decided she just wasn't ready to make a commitment and dumped him!
Recently Jack asked me who his mom was going to be when he was a daddy.  (I've never had a kid this obsessed with the whole marriage idea!)  I assumed he meant who the "mom" was going to be to his kids, so I explained to him that the mom would be who ever he decided to marry.  Then he said he wished he could see how many babies a girl had in her stomach before he married her!  Like they come pre-planted!!!!!  Hahahahahaa......I'm still laughing over his confusion over the whole thing!
This kid really thinks about stuff let me tell you!!!
Kindergarten here we come!!!!!!!!!!!!!!!
Watch out!
Posted by Carol at 10:32 PM

Ahhh, that takes me back. I remember the last days of preschool for all mine. Emily is the only one that had a "graduation". Good times.....it seems like it was so long ago and like it was just yesterday.
He looks like a happy boy. Love hearing about your family.

I just love your post....I start to remenber all my days back to the school!!!I just love your blog...I love all your pages and you do such a amazing job..I´m follower now.
Have a wonderful weekend!!!
Kisses and huges from Brazil
Cynthia