We had SO much fun in South Carolina. It was beautiful. Though my sister-in-laws parents asked me where it was that I was from that I thought this was beautiful. Las Vegas was all i had to say. She was referring to Columbia which is where my brother lives, but we did spend 2 days in Charleston, which was 'freakin' awesome'!!! The first place we went was the Magnolia Plantation.


It was not quite what I was expecting for a plantation, but that's because the original home was burned in the 1800's and replaced by this smaller home which was later added on to. It was still cool none the less and it is really famous for it's gardens. Seriously, the gardens were AMAZING! Even though it was a bit off season for blooming, still, lakes, bridges, long winding pathways and canopies...everywhere. We had a lot of fun wandering through and my mother and I took lots of ridiculous pictures of each other. But I'm sparing you most of those!

Oh, i probably failed to mention that my mom and step dad met us in S.C. for the baby blessing and we spent most of the week with them and my brother. 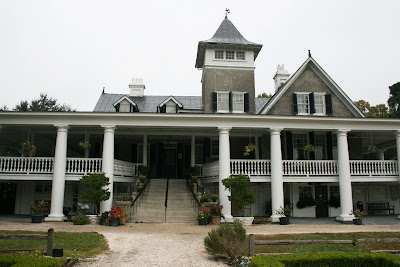 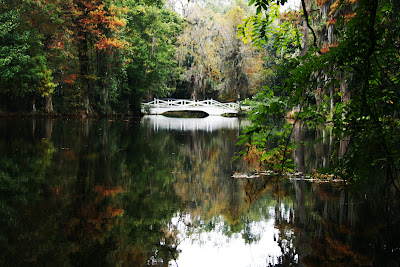 the lake with bridge 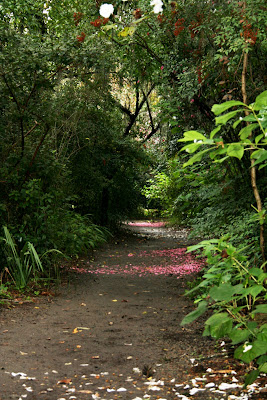 one of the paths we walked down 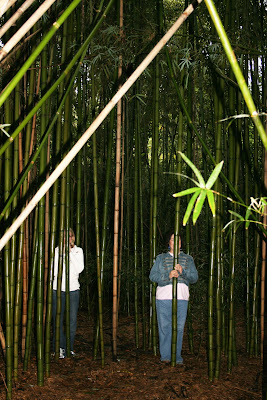 I know you can't see us, but my mom and I are hiding in the bamboo forest. 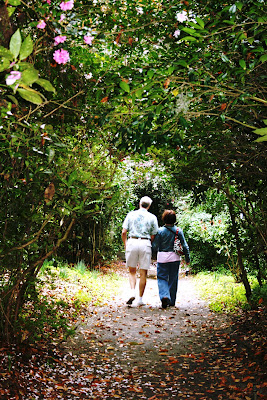 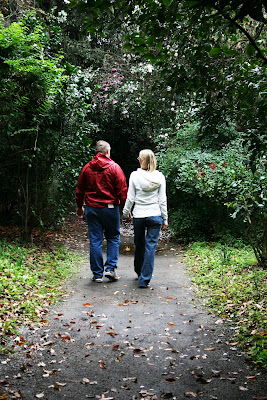 a spontaneous stroll down a wandering path. obviously my photographer didn't see the same thing through the lens as I did...oh well. will never recreate that "spontaneous" moment again! :) 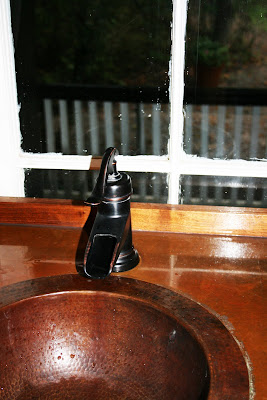 the "tourist" bathroom they built had these super cool faucets. just had to take a picture of it. 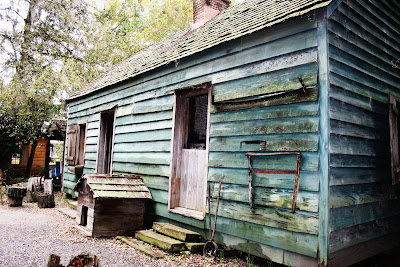 one of the slave houses they had for you to walk through. I think this is bigger than most of the others on the plantation but this is the only one you could walk through. They said that the slaves at this plantation were treated better than any others in the area at that time. Apparently they lived "the good life"! 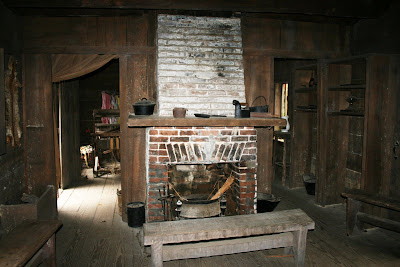 the inside. I wonder if this is what it was really like or if they've added to it to make it not seem so bad...
Posted by Carol at 9:39 AM

It looks so lush!
Green and pretty.
I love the bridge with the reflection in the water. Cool!

Great pics! You and your mom are so funny! I had to look really hard, but I found you.
The slave house makes me sad. If that was being treated better than others in the area, I would hate to see the others. Glad you had a good time and saw some historic stuff. Fun.

I bet you wish your kids could be there just for a few pictures with that beautiful background. Almost didn't see you in the bamboo forest- good thing you weren't wearing green!

How great for you and Doug to get away. It's one for the picture book. Certainly a nice contrast to our brown desert here.