The girls have been VERy busy around here lately.
Many dates and programs.

Last week was the daddy daughter luau at school
Samantha's first one.
She was pretty excited! 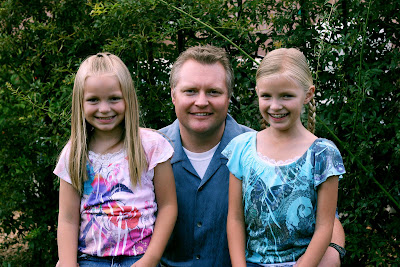 Then this week Kristen had a daddy daughter 50's date for activity days (or is it achievement days????) can't keep track of all the name changes.

They played a newlywed type game where they had to answer questions about each other and......
these two won!
aren't they so cute! Kristen loved her little outfit. I won't be surprised if I find her in this again. 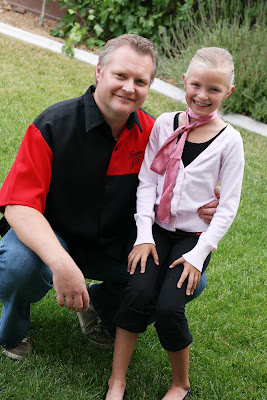 Then finally Samantha had her little kindergarten program on Friday. hmmmmm....can't believe she is finishing up kindy already. at the same time i can't believe she's ONLY in kindy. sometimes i forget she is only 6. she has such an old little soul (who throws temper tantrums) 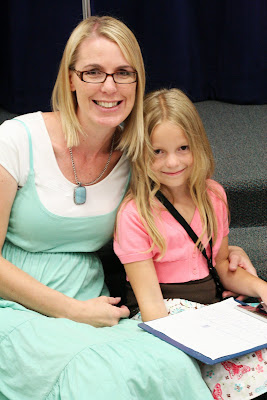 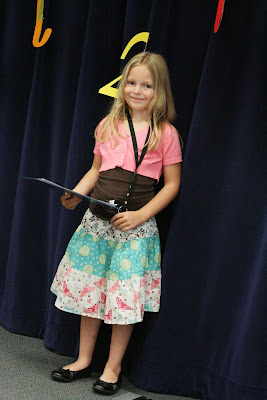 For her play they each got to pick a career they want when they grow up and say a little rhyme about it. She chose teacher so she's got her cute little outfit (cause i was told Teachers DON'T wear buns and old lady dresses!!!!) and her clipboard and lanyard with important things.

It was hilarious what some of the kids chose...a coroner!! wha????? my 12 year old didn't even know what that was! a tattoo artist (from the boy with the 3 inch long mohawk), a wrestler, him and his costume were ROFL worthy! and i think there were like 5 rock stars!

Only 2 weeks left in school!
Nathan starts basketball camp tomorrow.
Big ol' 4th o July is around the corner. . . we are planning a fun weekend.

I've figured out why i'm such a blog loser these days...

I've been scrapping up a ton these last few months. Maybe I'll share a few things this week, if y'all are interested.
Posted by Carol at 11:48 PM 5 comments:

The guilty mom syndrome will just have to set in...
i kept holding off doing Nathan's birthday post so I could do one like I did for Kristen. Ya know the one, with all the old pictures scanned into the computer. I just can't seem to get that together. We have been SOOOOOOO busy these last 2 months.

So here is Nates birthday...one month later
We took him to dinner and just had our little family party there.
It was fun. I love doing things with just us. He loved his Homer Simpson card about fire... 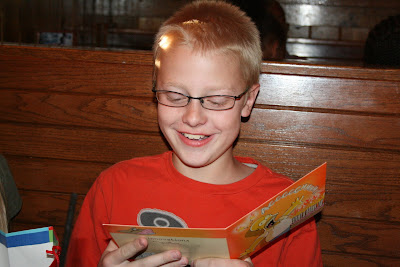 He's not so much a cake eater and he didn't know what to have until I told him it was OK to have say, maybe cheesecake, for a birthday. He liked that plan. Not sure what they are doing here, but it looks fun don't it?? 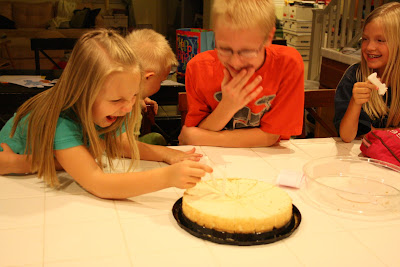 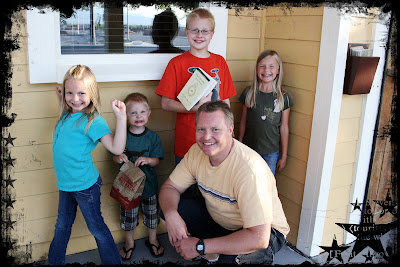 The week after his birthday...he got to have his birthday bash SPECTACULAR!
(seriously, he must have got me at a weak moment when he asked for this party)
Can't believe I agreed to all this...4 friends, swimming, sleepover AND a movie at the theater.
It. was. an. exhausting. weekend.
But hey, your only 12 once!
Here is his typical birthday fare...donuts. 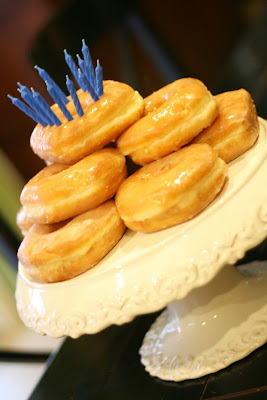 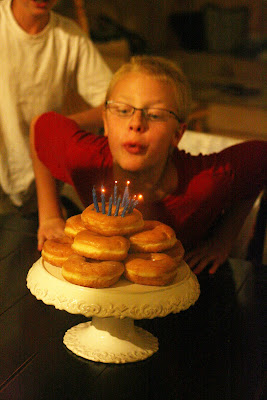 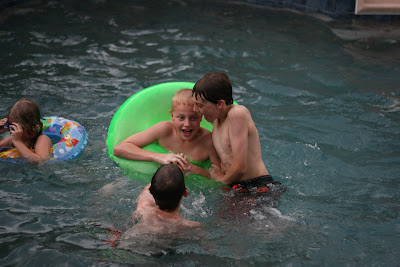 That weekend he was ordained...
how did that happen????? How did my little boy get to be so big.
He now passes the sacrament in his fancy new suit, just like dad.

He doesn't exactly look thrilled in this photo, it's all he would let me take.
Apparently his big birthday bash left him a little exhausted come Sunday and he was ready for a nap at this point. 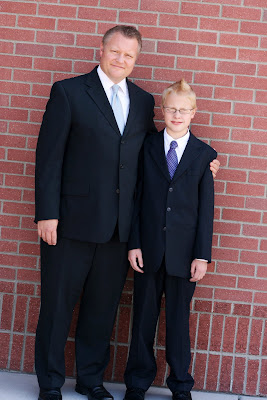 I can't believe he is so big...he is turning into such a nice boy...hmmmm man...

I love how excited he has gotten about life. He was a little frustrated with himself for a while there but seems to be growing out of it. He is SO happy to be out of primary and in YM now. He has is first year of middle school behind him. He loves scouts and can't wait to go on the big scout camp this summer. He loves being with his family. He may not admit to it, but I can tell. He really enjoys having time with his dad...they have a lot of big plans those two. He has such a tender heart and is truly concerned for others, especially his grandparents.

We love him so much and am so happy he is in our family.

Missing...
Mr. Can
About waist high
a little fat, gains and loses weight rapidly
a little stinky
a little rough around the edges,
he's been around the block a few times
but he has been good to us.

If you see him, please tell him to come home, we neeeeeeeed him. 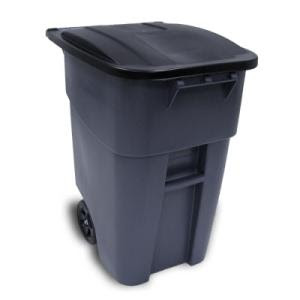 Have SOOOOOOO much to catch up on.
But I'll work backwards.
This weekend was Kristens dance recital.
I couldn't wait to get a look at these pics so
they will be the first things up!

She loved her dance this year, it was a really fun one for her.
It was the song America from West Side Story.
She did a great job and now I look forward to checking
one more thing off our to do list for the summer. 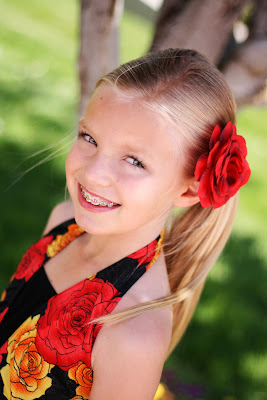 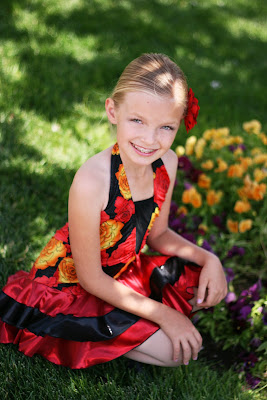 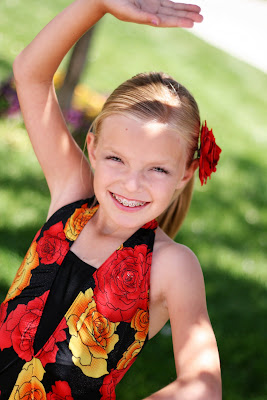 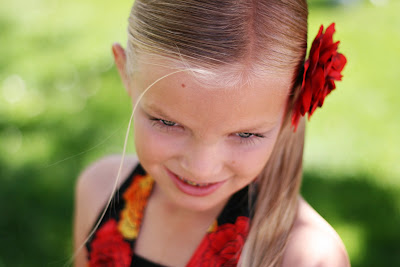 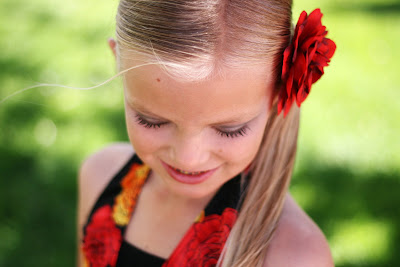