I haven't scrapped in weeks!!!!  When I have no actual obligation apparently it's harder to make the time to do it.  Life has been SUPER crazy.  Lots of drama and new obligations are keeping me busy!  But I do have a few things I haven't shared yet.

I made this layout with the last kit from My Scrapbook Nook.  I really loved it and figured I'd do it again ;) 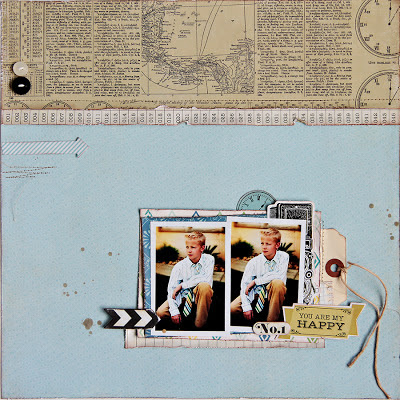 I pulled out an old line from October Afternoon....a camping line and used it for camping!!! duh. 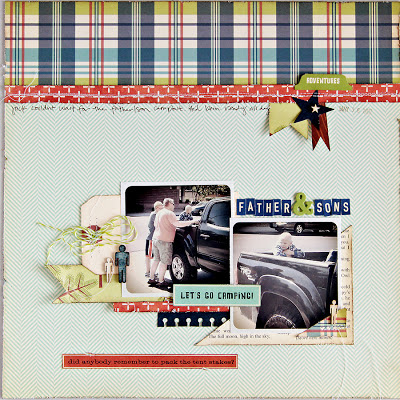 These were the boys packing up for father and sons with our church.  Jack was SUPER excited and waited what seemed like a lifetime for the big boys to get home. 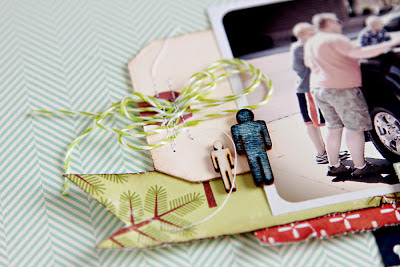 I'm pretty sure Jack had way more fun than any of them ;)  He probably slept a lot better too!

This is a good depiction of what our Halloween was like this year.  Lil' bit cray cray! 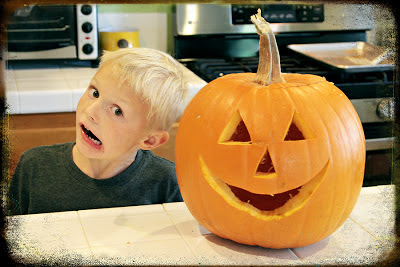 My baby ended up being my only one to photograph on the big night ;( 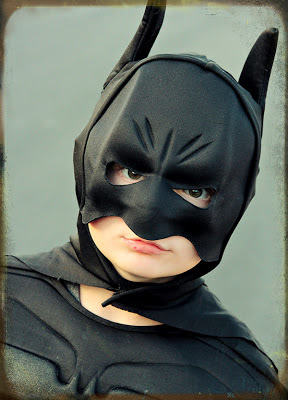 He was all business.  As Batman should be I suppose. 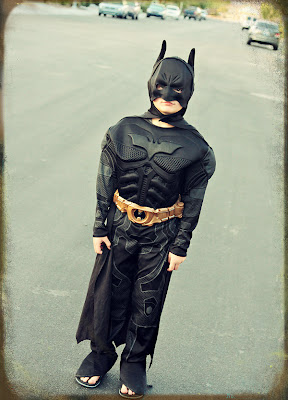 I love his little flip flop toes sticking out though....hahaahaahaa. 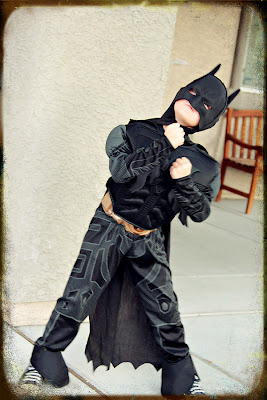 Than he ran away from me. 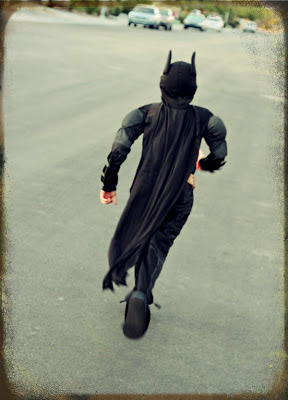 These next pictures were taken a few days prior at our ward trunk or treat.  We never quite finished off Samantha's costume....Katniss from the Hunger Games.   The poor girl ended up completely sick on Halloween and missed school for the 3 days straight.   No trick or treating for her.  When Jack found out he would be the only one going out he got ticked off and said he wouldn't go at all then!  Wha?????????  Really.  I talked him into going but he pouted half the time and said he was giving all his candy to his sick sister and that he didn't want any of it!  And that's exactly what he did. 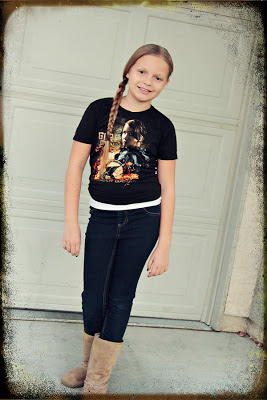 Kristen threw this get up together at the last minute and hit the neighborhood with a friend.
I never saw her and had I realized the big stink that Jack would have made I would have
had her stick around with us ;) 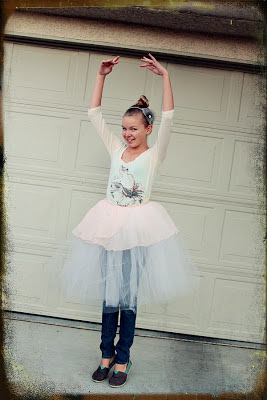 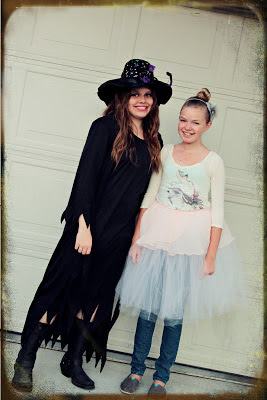 She was kind enough to share her bag with her big brother who, quite frankly is just too old to trick or treat.  Even though he wanted to ;)

It was definitely an odd Halloween and weird to think our days of doing this are getting shorter and shorter,  and my kids getting bigger and bigger!
Posted by Carol at 7:42 PM 2 comments:

It's been a few weeks since i've been able to scrap.....and i miss it.  But the last thing i worked on was my Studio Calico kit.  This wasn't my favorite kit but it felt like a challenge and I pulled out every bit of color i could from it.  I loved some of the embellishments...especially the enamel dots, those are shiny and pretty!

It took me a bit to decide what to do with the super wide washi but I ended up having fun with this jumbo chevron. 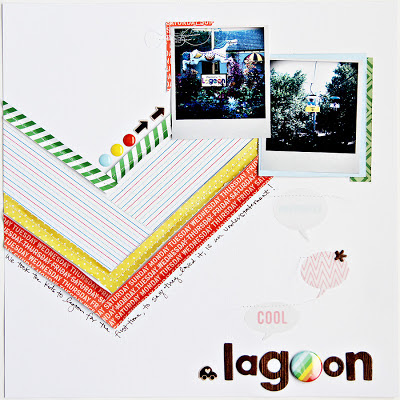 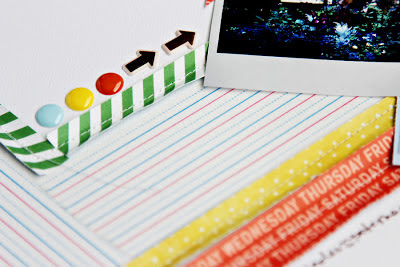 I pulled out pictures I had lying around from our trip to Lagoon last year.  They are quirky just like these pages. 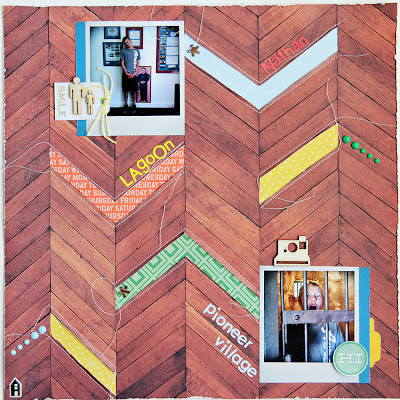 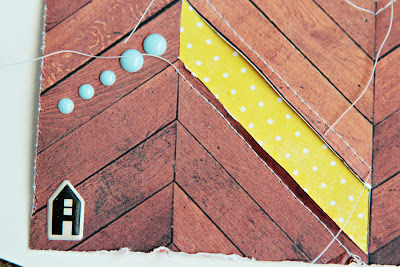 Came up with a completely different color scheme for this, using some borders strips and SC advertisment tags.  A bit of washi and more of those enamel dots. 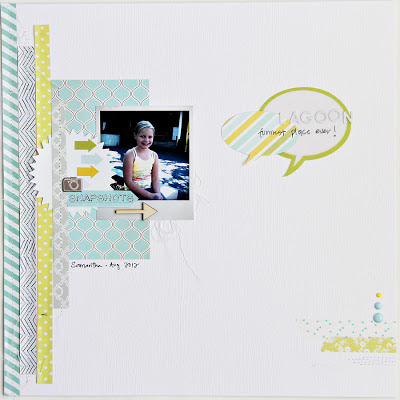 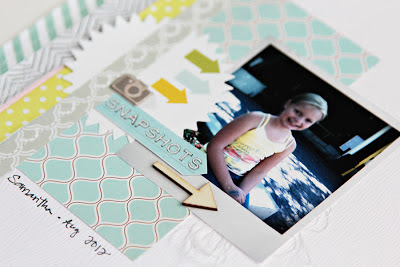 Life is crazy busy around these parts.....several birthdays this month and lots of crafting going on.  I've got lots to share in the next few weeks. 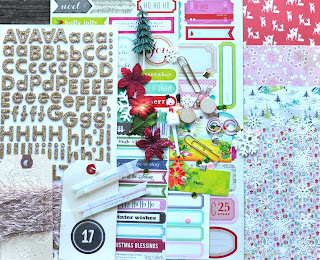 Just wanted to give a shout out for Paper Issues and there cool and funky December Daily that just hit the store today!

When you buy this kit, you are getting the kit plus a coupon code good for 30% off everything in the store.  So buy the kit with my code CAROL for 20% off and then get that extra code for anything else you need ;)
Posted by Carol at 8:32 PM No comments: