I've been working my little booty off scrapping up a storm. My first month on the design team. Sheesh, I shouldn't say work.....it's totally FUN!

Anyway the manufacturer for the product line we had in our kit this month found out about our kit and posted a bunch of our layouts on their company blog......

check it out :) Crate Paper Blog

It's very exciting for me :)

Speaking of scrapping....here are a few more layouts with this months kit from My Scrapbook Nook


I dug out some old pictures that a friend took of Nathan and I when he was little, like 4. I did a little layout about him being the first born...and how he made me a mom. I always try to include a little journaling in my layouts, to give them more meaning. 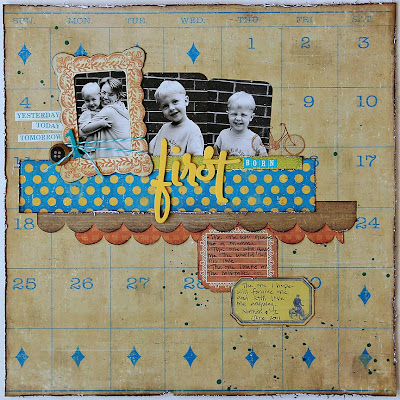 Another set of oldies but goodies....Samantha when she was like 2or3. Always sticking her fingers in her mouth when she was nervous or shy....she still does it today. 5 year later. I love it.
It always amazes me what little traits they have when they are small that carry over as they grow. 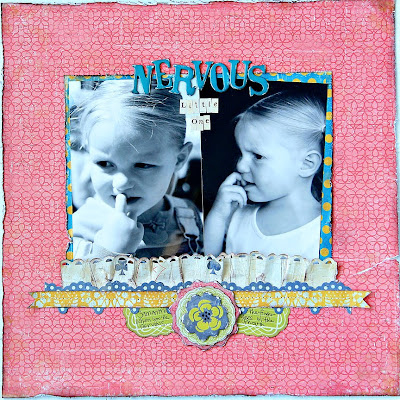 A fun group shot of Kristen's birthday party earlier this year. I liked the eclectic mix of product for this hobo page. 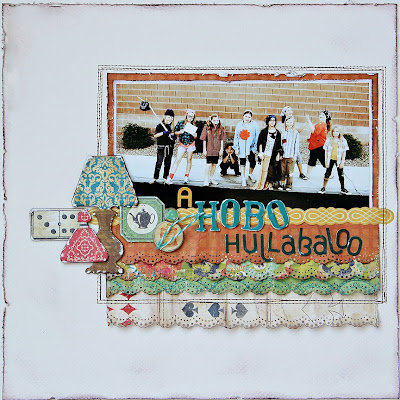 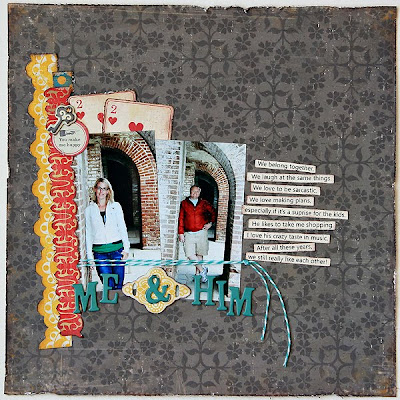 Right now my room looks like it's been hit by a tornado. Scrap crap everywhere, piles of washed fabric laying around, waiting for me to do stuff with it. We're boxing up some files and reorganizing document junk and stuff. Stuff for our activity day mommy daughter night laying around. It's a mess.

Somebody should really clean it up!

My mom and I surprised the girls and their friend Kathryn on Saturday....with a special girls day out. 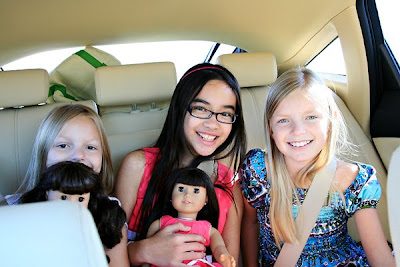 See their dolls in the car??? They needed them.
Cause we were going here.... 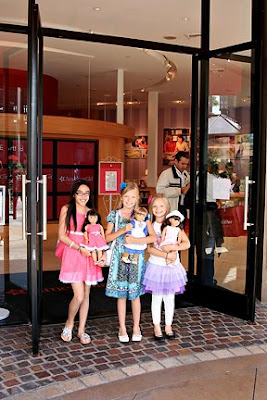 We threw them in the car at 7 in the morning and took off.
We got there around lunch time. 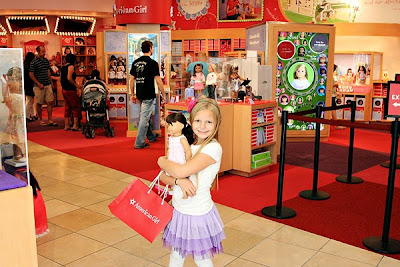 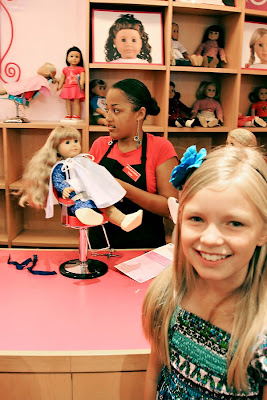 The dolls got their hair done. 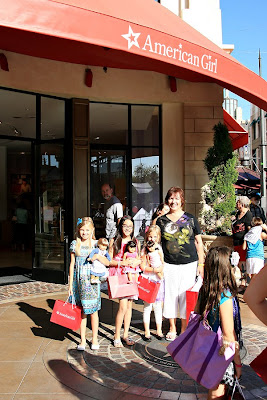 (move out my way people!)
They shopped some more.

We went to lunch at The Cheese Cake Factory.
We stopped by Anthropologie...... 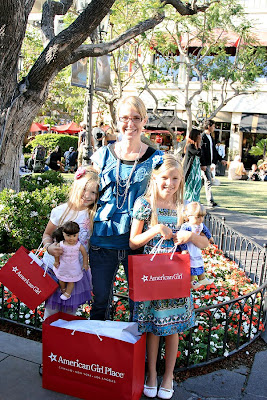 (The shopping area was soooo crowded by this point that we had a hard time finding a spot we could take a picture, so lighting here....not the best!)
And then we drove back home :)
We made sure to make fun of Flo....our Garmin guide. We think she was messing with us and taking us on some scenic routes because we ignored some of her instructions and she got a little testy with us. :)
But we made it home around 10pm.

It was the FUNNEST day.
It was such a crazy thing to do and a day they will remember for the rest of their lives!!!

So I got my first design team kit last week, Crate Restoration, pictured here in all its glory ;)
I've had a good time digging into it! My desk is a mess and currently waiting for me to scrap MORE. 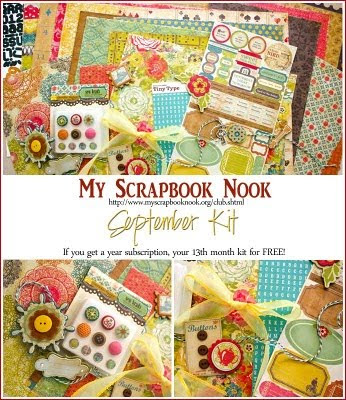 The Nook has a great deal going on right now if you want to subscribe to the kits...go here


Haven't done as much as I want yet (we left town this weekend) but here are 3 layouts using the kit. 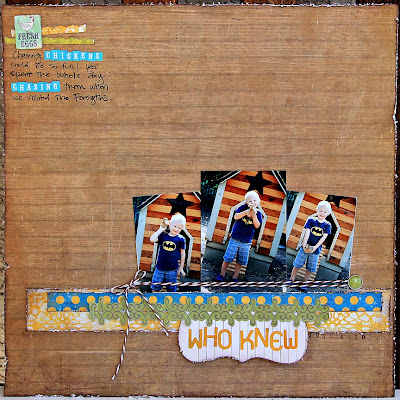 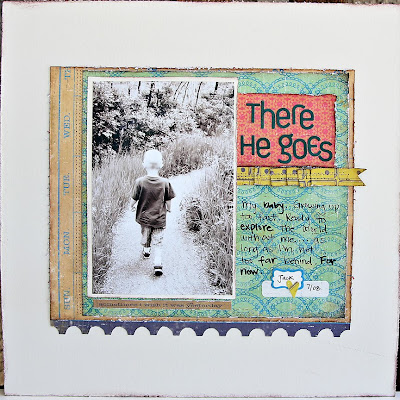 This next layout is for my class that I'm hosting over at the Back to School Challenge at the Nook. I've taught a few little lessons on stitching and flower making. Go check it out ;) 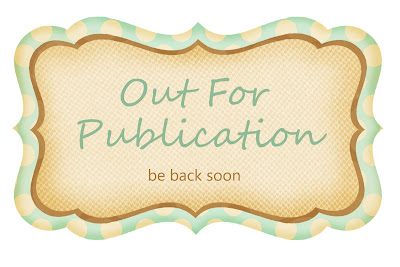 The First....and Second Days of School

Here's Samantha on the second day of school...which was her first day ;)
She had not been feeling well on Sunday but we totally thought it would pass.
It ended up being a rough night for her (and me) and come Monday morning it was clear school would NOT be happening. It was a sad thing I tell ya.
Missing the first day of school...who wants that?!

We ended up at the doctors that morning to find she had a sinus infection.
She got on antibiotics and was a new girl come Tuesday morning.
(2nd grade) 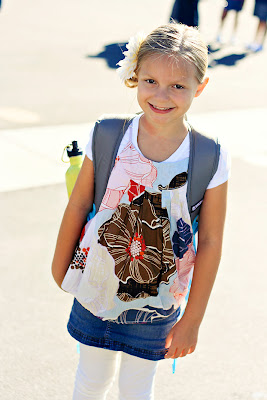 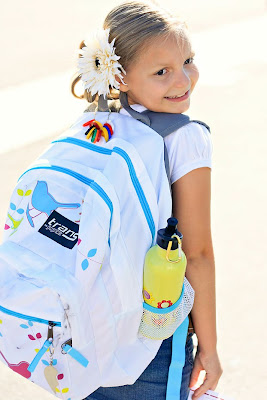 This one here....he's been asking ALL summer when school will start. He's in his 2nd year of preschool and NEEDS the activity. He gets sooo bored at home. He was all grins for me in the morning and was hammin' it up for the camera, which doesn't usually happen.

When we got to his school the mood quickly changed. He sadly realized that he wasn't going back to the same preschool and there were not any kids that he knew. He cried when he told me he wanted is other teacher and his other friends. It was a sad thing. I felt so bad that he wasn't with his friends....but that is another story and it was not what I had planned, but it's what ended up happening.

He did better on the 2nd day and I know he will have fun and make new friends. 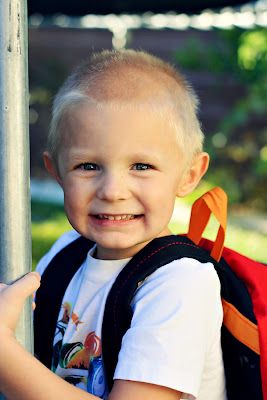 For this one, 3 weeks of summer was WAY too long!
She simply can't stand to be out of school.
She also, apparently can't stand to have her picture taken.
This is all I got, one shot and she walked away.
Though she gladly posed for a shoe shot, since for her these are the coolest things since lined paper!
(5th grade) 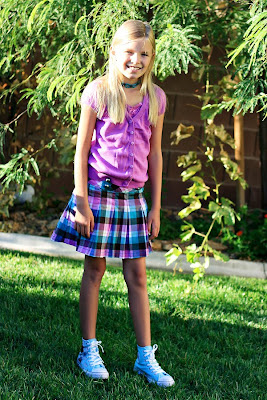 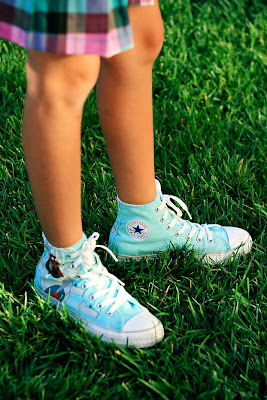 He, not so excited for school.
Not so excited to have a picture taken.
Can ya tell?????
He looks pained, doesn't he?

Despite his indifference, he did have a good day.
He seems excited about some of his classes and
he's got lots of friends in them.
This is his last year in middle school.
I can't believe he'll be a high school next year!!!
Ahhhhhhhhhhhhhh.
(8th grade) 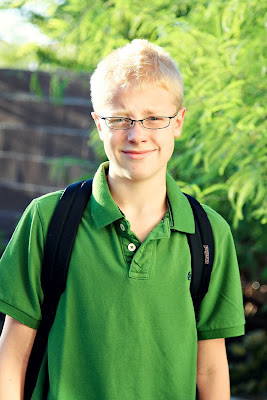