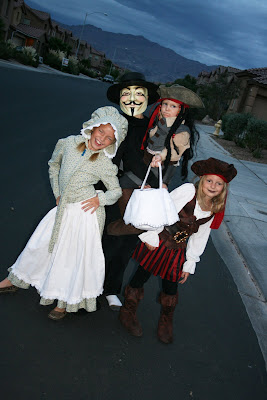 The crazy gang! Of course Jack refused a nap today so by the time we were ready for pictures, he wanted NOTHING to do with them. So Nathan held him. 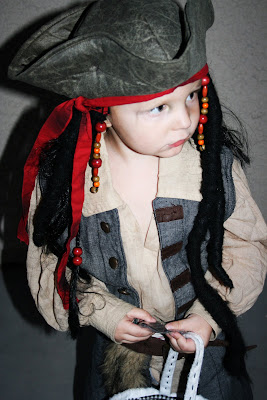 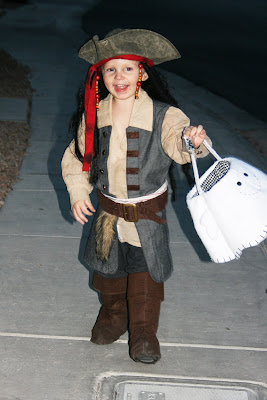 The only reason I got these of him was chasing him down the side walk as he took off to trick or treat by himself. I was literally moving the whole time I was snapping these. Can't believe they are not blurry! He totally loved his costume. He would tell everyone " I a pirate. I Capain Jack Sparrow." 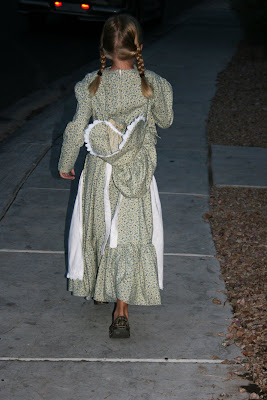 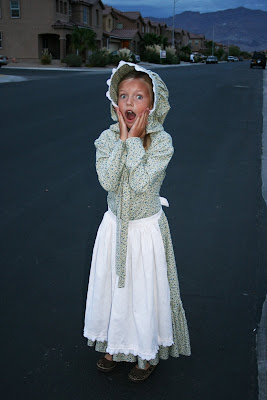 Our little Laura Ingalls (and the only costume I had to make this year!)
Here's her "Oh Pa...Mary said shucks" look! 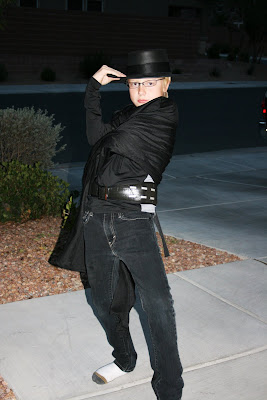 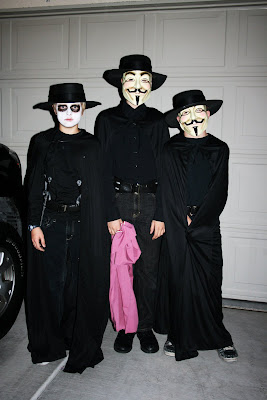 The "Vendetta" Gang! As usual...Nathan changed his costume (somewhat) at the last minute. I made him wear his mask for pictures but couldn't get him to put the wig on, then he took it off and eventually went for a painted face look. WhATevER dude! 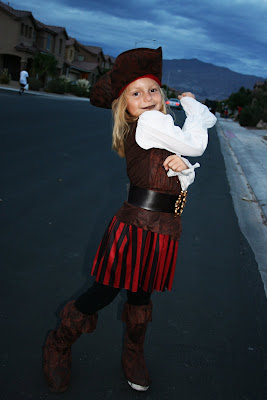 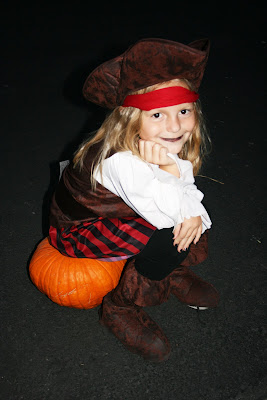 Our cute little pirate. I love that she chose something not so girly this year. It totally suits her and she ended up loving it. 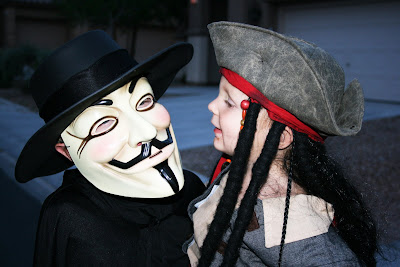 Jack chechin out his "bro"!

We've had a great Halloween with LOTS of festivities!
The neighborhood was more mellow this year...which was nice,
but we still ran out of candy.
Now apparently I'm late starting my Christmas shopping since it's been in the stores for atleast a week now!!!
The race is on people
and I'm off!
See ya next week ;)
Posted by Carol at 10:22 PM

Their costumes are great! You're little pirate is adorable.

Your kids look awesome! I was sad we didn't see you guys out and about last night. In fact, we didn't see ANYONE. I think we should've gone a different way.

It was quiet, huh? All those forclosed homes...the bank doesn't hand out candy I guess.

They look awesome! Glad you had fun.

your kids look so cute in their costumes. the pirate totally fits samantha, she looks awesome! I'm also beginning to Christmas shop. . . bring it on! I love the Christmas season. I also love Thanksgiving, I will remember to pause and be thankful, then go shopping again. j/k :)

cute costumes. i thought grandma and grandpa were there.

Of course as usual all the kids look great! Happy to hear that trick or treatin' in the hood was good! Christmas has taken over and I have yet to eat my turkey!! So what else is new huh.

fun! they all look great! and the little ones never take naps on the days you really need them too.

have fun on vacation!!

So, are you back now? How was it? I want to hear all about it. And yes, acually my kids did decorate those cookies, along with Mike and I. I didn't post a picture of what Aarons looked like, his resembled more of a mountain of candy and frosting than a cookie.