blog, that is.
Here we are nearly done with March and I have 4 posts under my belt.
At least it's twice as much as February.
I mean really, as if the world is going to shrivel up and die if I don't post!!! tee hee hee.
I'm laying here in bed nursing another migraine.
Wondering...what on earth should I talk about?????
I don't really feel like I have anything to say.
I guess except, I might as well be pregnant for the way I've been feeling this year!
Though I'm not!

With all of my pregnancies I've gotten prego induced carpel tunnel.
So bad that I would get to the point where I couldn't do the most minor of things with my hands. Like cut food, button stuff, blow dry my hair, sleep., etc. It always went away, eventually.

The last few years my arms would act up, going numb and stuff.
The chiropractor could always fix me up and resolve it.
My backs a mess from prior injuries and a few good adjustments would unpinch nerves and the numbness would subside.

This January, it all started up again.

Only this time, it has been much, much worse.
My chiropractor and I have decided it's time to seek further diagnosis with this.
As both my arms (not just the hands) and now legs go numb and tingly all the time.
My right arm is the worst and is quite painful a lot of the time.
Which leads me to my lack of computer time.
Editing pictures is not so fun.

I've made an appointment with a neurologist,
I get to see her in ONLY 2 months!
I hope I still have limbs by then;)

The kids have been their usual busy selves.

Nathan just finished up his basketball season.
He loves it, and I think would play everyday if he could!
This picture cracks me up. I was clicking away trying to get
some good action shots of him playing. Here he is passing the ball.
And the ball is what I got in focus! 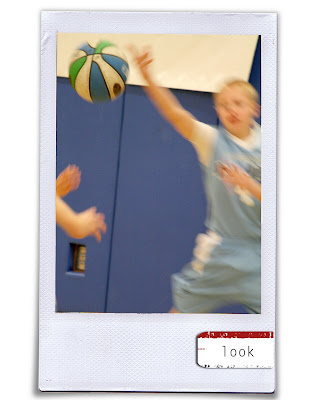 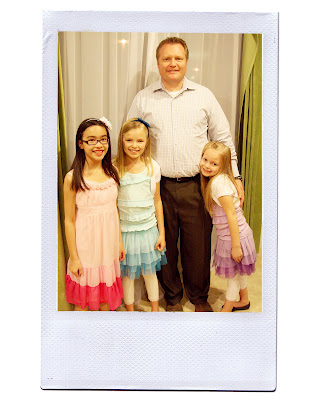 Here's Kristen and Kathryn at the School Talent Show.
They made up a dance to Another One Bites the Dust.
It was awesome and they worked really hard choreographing the whole thing.
It was funny though, cause I knew they had run out of ideas towards the end of the song. So for most of the song they have lots of action and cool moves and at the end, well, they got a little boring.....but they were so cute and I'm proud of them for putting themselves "out there!" 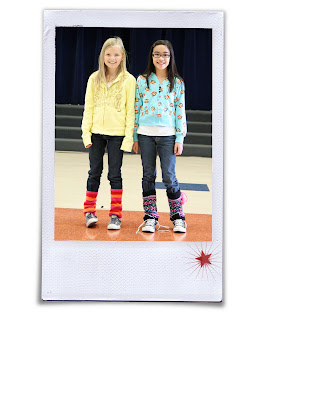 I think my next post will be on Jack.
That boy is killin' me these days.
Killin' me with laughter!
Happy Monday ya'll.
(i've decided Monday is one of my most favorite days of the week..a fresh new start)
Posted by Carol at 1:49 PM

Two months????? Holy Cow!! You got no connections? Surely somebody knows somebody who knows somebody who can get you in sooner. Hope you get it all straightened out soon. But you still have to post. Just dictate and have Doug do it for ya!

I hope you get feeling better. Tell them to call you if they have a cancelation. You need to get in sooner. Just take it easy. :)

Sorry to hear your body is not cooperating with you. I hope you start feeling better soon. I've been a total slacker with blogging. It's hard to sit at the computer with my HUGE belly. I've been totally and completely unmotivated lately.

I love the poloroid pics! So cute. :)

I had no idea that you had that stuff going on. Hope you get everything figured out. Don't feel bad about the blogging. By this time last year I had about 26 posts. I think I am on my 12th post for the year. That's pretty pathetic :)

So sorry for your pain! I didn't know you were having such trouble. Don't over do and if you need help let me know.