Along with half of Nevada, we decided to ditch town and go someplace prettier ;) although wetter too for the Halloween weekend! Spent it with family up in Utah. We had so much fun.

The kids got to trick or treat with most of their cousins. Though we weren't able to get pictures with some of them...a little thing called rain tried to ruin our parade ;)

I snagged these pictures in a matter of seconds on our way out.....it was starting to sprinkle here...I was taking them so quickly that I completely failed to get any of Jack by himself :( I'm so bummed, but he ran back into the car as soon as the group shot was over.)

Isn't it so pretty! I haven't seen fall like this in so many years....

Here's our Mime ;) she came up with this one on her own. 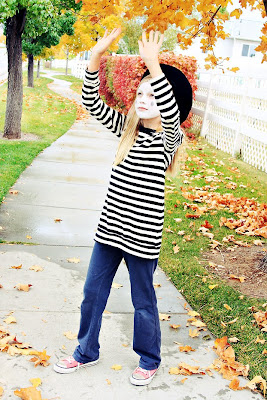 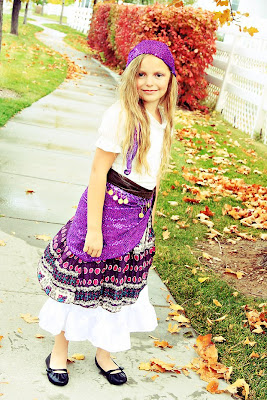 The girls with one cousin...love her costume AND attitude ;) 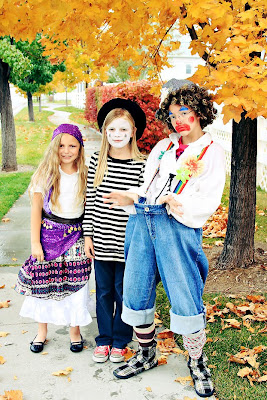 Nathan with his cuz....I can't type what they said they were because the word is probably flagged by big brother and the law will come down on my blog!!! Either way they pulled this look together in like 5 minutes! 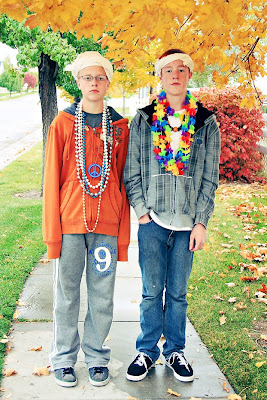 This much of the gang.....they are so awesome! 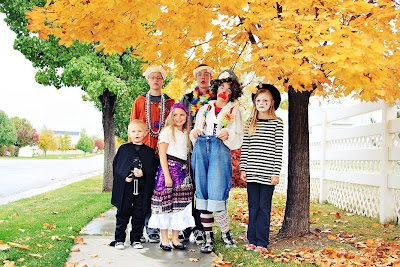 wow the autumn colours are sooo pretty! And so are you kids!! Very good looking and lovely costumes toosp

I love the fall colors! We don't get any of that here. :( The kids look so cute, I love all the costumes.