We had SOOOOOOOOOOOOOOOO much fun!!
Delirious kinda fun.
You know the kind...
where you're so tired you
giggle over the dumbest things
pee your pants giggling.

We are SO doing this again!

Our second (and last) night we whipped out the camera, like late in the night!
We took like 30 versions of this pic....before we could both
agree on one that wasn't too scary. Jens eyes were either closed,
or someone had a double chin, or me (holding the camera) had major neck strain...
it took some serious calming down to get this one...we were laughing so hard. 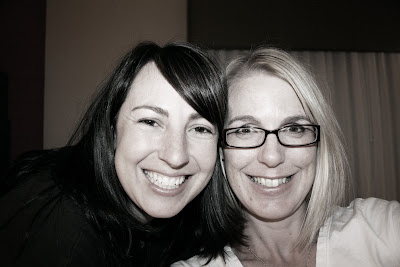 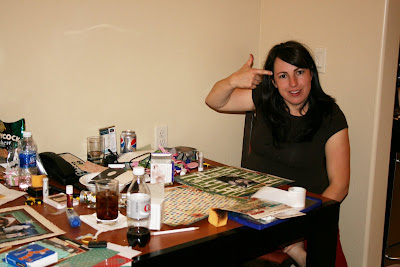 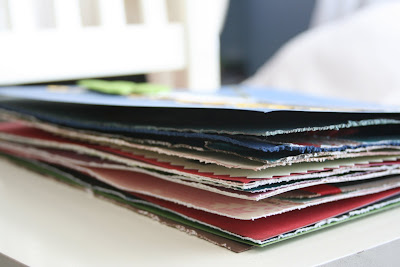 We did some shopping...though we felt it was a bit of a waste of precious scrapping time.
Went to Tai-Pan...not feeling that store so much anymore. Though they totally DENIED it...they have majorly raised their prices! But I did find a few things I felt were good deals and I could use in the house...this cute shelf for the girls room, can't wait to get it up. It was a totally good deal. 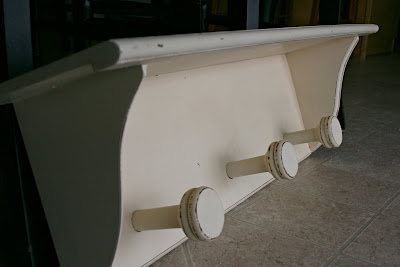 Love this little box. Found the perfect spot by my phone for phone list and pencils and stuff. Decorated the front to hide all the business in the back. 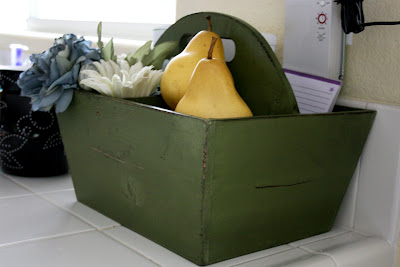 Another similar box I put on my cabinets...Yellow! 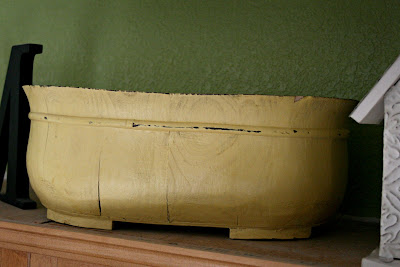 And then this outside thingy...I've wanted it for a really long time
So I broke down and got it before they doubled it's price too!
Just put some twig around it...if anyone has a better idea for it feel free to let me know! 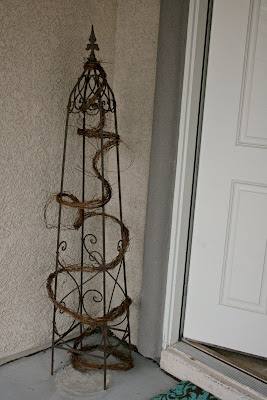 We gave the weekend a Mexican theme by eating out at Mexican places....yummy stuff. Then of course had lots of junk in our hotel to keep us going. Oh and we hit Roberts like 3 times to use those coupons! It was such a good time. Hopefully next time we can make it just a little longer, it went by fast.
I'll post some layouts later.
Posted by Carol at 2:12 PM

so so fun!!
my girlies will be here this weekend! can't wait to giggle till we about pee our pants. glad you had a blast!!