The girls and I spent a boring Saturday afternoon sewing!
Kristen has taken a liking to any kind of sewing and begs to do something all the time.
(she's JUST like me ;)

Samantha was gone and there wasn't a friend in the world to play with so I gave in.
She wanted to sew a blanket for her American Girl doll....like the one Santa gave her ;)

I've helped her sew before but yesterday she was ready to take it on, on her own.
She did a great job!!!!
And yes.....I (now we) sew on the floor!
(I think this came about because I rarely had a kitchen table that was near an outlet) 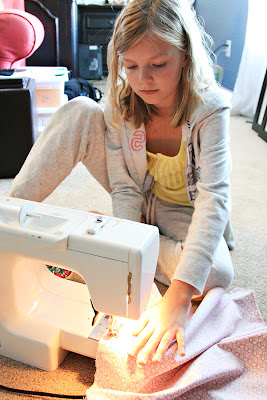 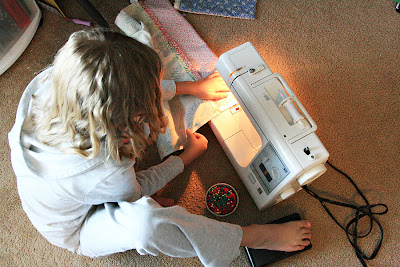 Samantha eventually came home and just HAD to join in the fun.
She too had something in mind to make.....though a little different.

She did a great job too....I'm so surprised that they've both just picked it up all of a sudden.  Though I have helped them sew a number of times, i just didn't expect them to be able to sew this well ;) 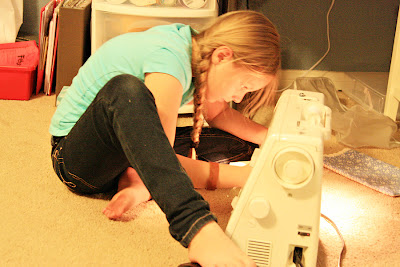 Just a little slower, and more intent than her sister. 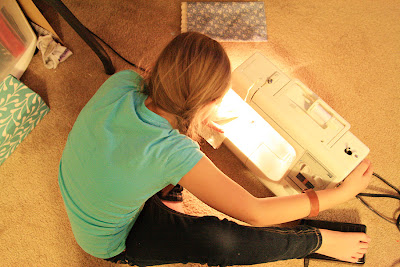 Here's Kristen with her finished blanket, she made a pillow case too ;)
She did everything herself except the trim.  I helped her cut it out and showed her how to sew the pieces together but she did all the sewing!!! 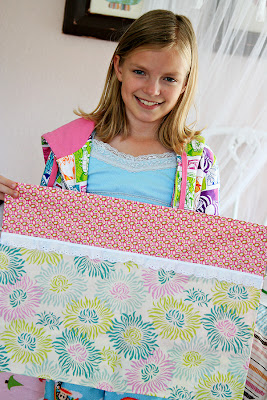 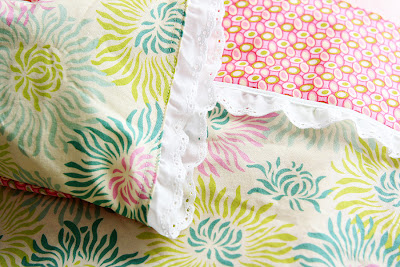 Samantha's little couch for her dolls...we covered a box with fabric and she made the pillows, with a little help ;) 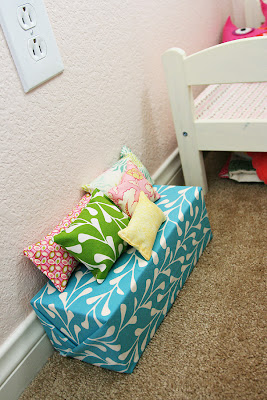 I see A LOT of little sewing projects in the very near future.......yikes.
Posted by Carol at 9:52 PM

aww they are so cute! Love both of the projects - adorable little pillows on the couch. They sure take after their mom! ;)

Love it! I want to get my dd started sewing with me, so fun!!

Their projects are so cute:)

your girls are naturals... can i get some lessons?? :)

That is so cool! I know that had to be so much fun doing that with them. I can't wait until I finish school in May and may actually be able to FIND my machine!! Very cool! Thanks for sharing.

how cleaver are they! they look awesome!

That's awesome! I have about a million unfinished projects that could use some attention. Too bad we don't live closer....

What?! They made those? Good for them, they did a fabulous job. And good for you, I just don't see myself just letting them at it on their own like that. But, I guess you had to work your way up to that too right?! I see lots of fabric in your future, lol.

Nice job girls. I am impressed. Seriously, sewing on the floor? It makes my body hurt just looking at it. Oh,to be young again :)

That is so great they are starting young. What a good mom to be teaching them right now!