I definitely win for treats this year!
Just look at these kids.....they are my treat for sure ;)

I had some fun playing with my pics and added a few spooky elements to them ;)

Samantha had seen this cool ghost costume in a magazine so we did our best to duplicate it.  Found a base dress at Ross and then added lots of stuff from my sewing bucket to it!  Took some old white leggings and added trim.  Painted face and ratted hair.......cutest ghost in town! 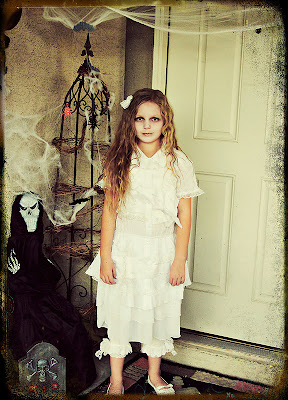 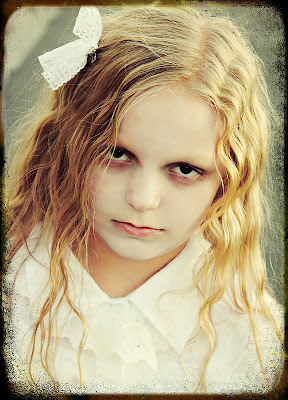 Kristen wanted to be a flapper and just after I went to the fabric store and found out it would be too expensive this year we a miracle happened.  Found out a good friend had one we could borrow!   Happy girl, happy mom!!!!  She looks so cute and reminds me of when I was her age and was also a flapper girl ;) 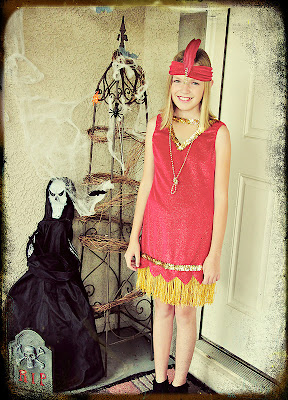 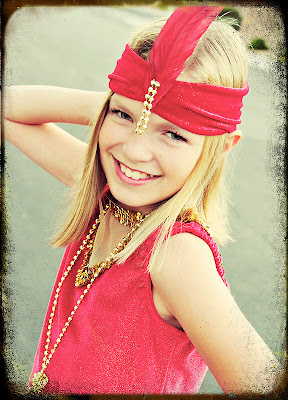 Jack had lots of plans for Halloween and the costume he wanted.  In the end I convinced him this old costume of Nathan's would be perfect!!!  And it was.  He loves Lord of the Rings so dressing up as Frodo was not out of the picture ;)  Those hairy feet are my faves!!! 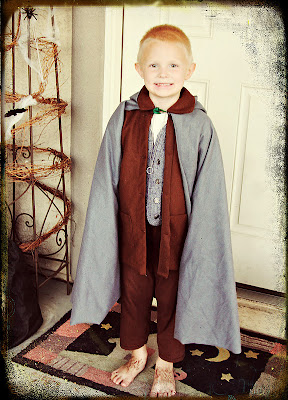 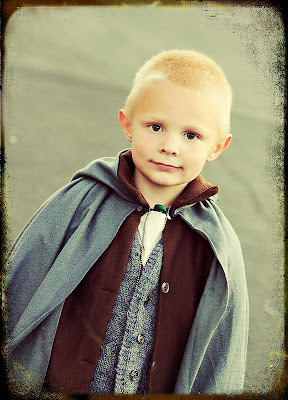 Do you recognize that gloomy face of Napoleon Dynamite?????  This was all I could get of Nathan.  The costume was his idea but in the end refused to be seen in public like this!  He'll be seen now!!!!  Mwahahahahaa!!! 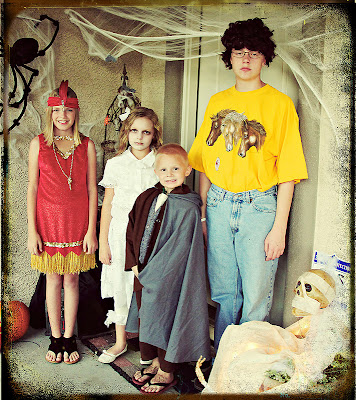 We had a fun night.  The neighborhood wasn't as outta control as usual which was really nice!  And my kids were pretty much done about an hour into it.....which was also nice ;) Seeing as how it was a school night.  They were in bed by 9 I think!!!!
Posted by Carol at 9:38 AM

Great costumes, they did awesome. Jack is so, so cute. That skeleton by your door is totally creepy girl.

So cute, and your girls are just gorgeous!