It ended with a real bummer...

We took a quick trip up to Salt Lake last weekend for a family event.
Decided to cram in all the fun we could in the 2 days we were there.
We hit a Jazz game...kids thought that was really fun!
Price was low...seats were high.
can you say nose.bleeeeeeed.

Drove by the new Draper temple one evening. Meant to drive by during the day but circumstances left us forgetting that idea. 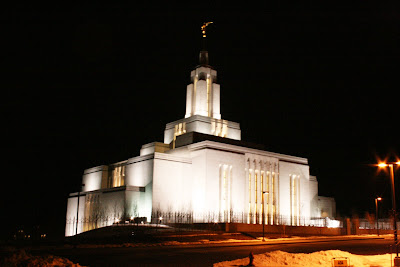 Took the kids sledding the day we planned to drive home.
This is where the story gets interesting.
You see...we took 2 cars up so we could make an Ikea run.
That meant both Doug and I had to drive.

We played in the snow, we sled, we laughed.
We had a goooooood time.
Except Samantha on this FIRST run.
She forgot what she had gotten herself into.
Just look at the terror on that face! 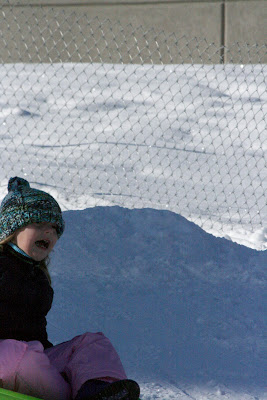 She got over it soon enough and they all had fun. 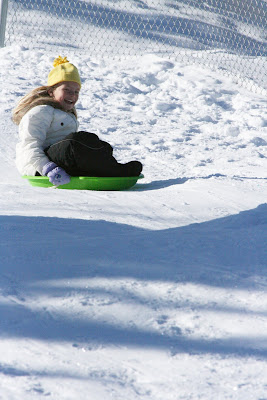 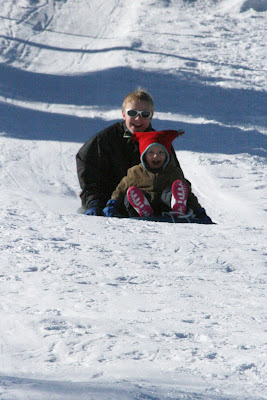 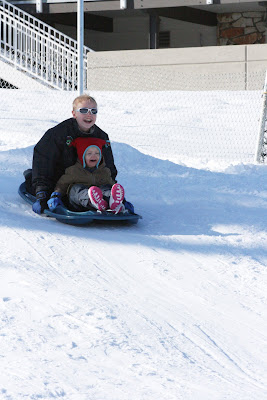 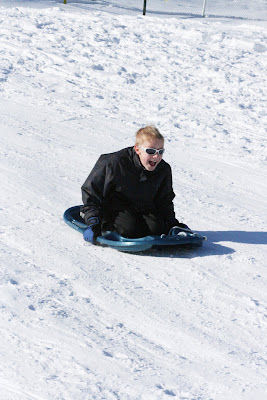 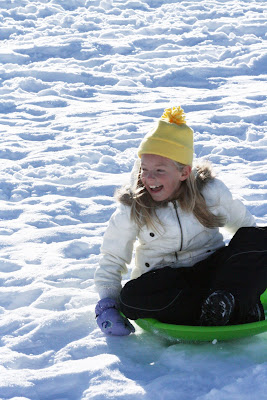 See....she's having fun now. Can you see the air they caught in this picture?
Both her and Jacks legs are flying up...I love it.
After riding down the hill with everyone Jack finally said to me
"I don't slide with Daddy, I don't slide with Nathan, I don't slide with Samantha, I don't slide with Mommy. I slide with Jack! Jack slide!"
So we did, we sent him on his way...alone. It was the funniest thing ever. So wish I had still had the camera out. But after I snapped a million shots, having no idea what I had gotten we put the camera back in the car so I could play too. 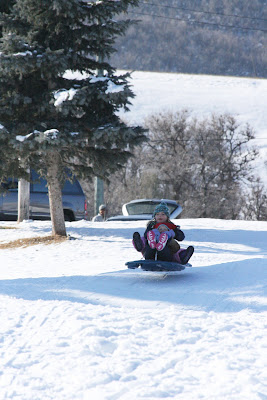 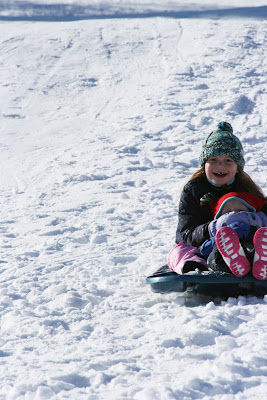 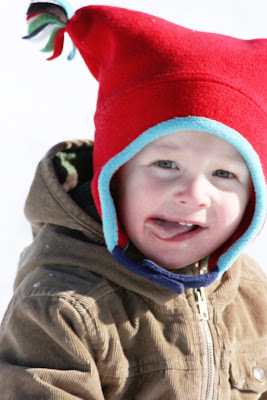 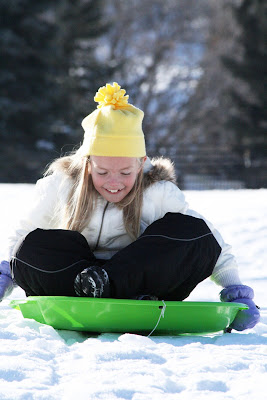 Any way.....the good part here is this...
Towards the end of our play Samantha and I went down together.
We quickly veered off (unintentionally)
into some little moguls.
We bounced down a few
Caught some air
and SLAMMED down
on the top of a peak.
My beeeehind didn't fair too well.
Officially...it's most likely fractured.
Officially....it definitely HURTS baaaaaaaad.
I couldn't drive, let alone even want to sit in a car for 6 hours.
I told Doug to go home without me.
His motto was "leave no man behind!"
So he talked his parents into driving us home and they have stayed this last week
helping me out. I am useless, for the most part.
I tried to drive last night to see if I could....
ya...not happening.
I can walk around ok, sit on the edge of something if I angle it just right and mostly, just lay on my side.
I don't know when I will be able to drive again.
Some of you may be hearing from me this week!
My kids gotta get to school!
:)
oh and by the way...Samantha was ok, just hurt for a short time.
Posted by Carol at 8:02 PM

I broke my tail bone before Thanksgiving, it still hurts. I would take a pain pill in the morning and it would worn off my the time I needed to pick the kids up from school. I have never been in so much pain in my life. Nice that you had help, it was me fending on my own. Mike did take the kids to school though. I feel like the house is still recovering from me being down. Hope you feel better cause Mom's just can't be down.

I have broke my tail bone twice. The worst pain ever. Hope that you start feeling better soon. Good thing you've got help. Good luck with that. Maybe get a donut to sit on. What am I saying...nothing really helps. It is just so painful.

Oh my gosh, Carol! That sounds horribly painful. My tailbone hurts just thinking about it! I'm so sorry:(

that's a big BUMmer. looks like you guys were having a great time before it happened. so sorry!!

Ouch! I broke my tailbone when I was a senior in High School. Snowboarding. They said I would re-break it every time I gave birth. Luckily I didn't. I did have to carry a donut around for a long time. It helped, somewhat! Let me know what you need from me. You know I don't drive my kids to school, but I may be able to have Blake talk Kristen into riding her bike! :)

I love the pictures. Especially the top one of Kristen on the sled! So cute!

Oh man! I was loving reading all about your fun trip until that. Sorry. I cracked my tailbone in high school- so painful. Seriously call if there is anything I can do. I drive all day anyway, I might as well drive your kids too! Hope it gets better sooner not later!

I really think you need to get one of those donuts they give women after they have a baby! It could make sitting much more comfortable... :)

How come you're not taking this class with me??? Oh yeah, you broke your butt!!!! Ha Ha. In a few weeks, I will start another class- one level higher. You should enroll...