Warning...there's a teen-ager in DA HOUSE!

I don't really know how that happened.
I mean, I know I've had 13 years to prepare for this,
but seriously....it just snuck right up on me and said BOO!

It seems like yesterday he was this cute little chubby cheeked
boy with a perfect little bowl haircut.
Dressing up in all his little costumes,
pirates, army, knights, star wars....
he was the KING of costumes.

Now...well, lets not talk about his wardrobe...or his hair :) 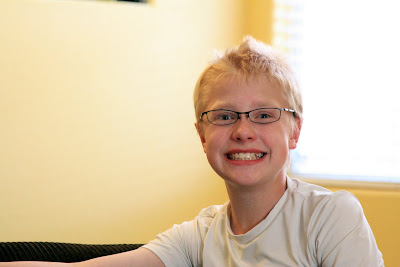 This birthday couldn't have come at a better time.
Doug and I were struggling with what to get him.
The things he wanted, WE didn't want.

Then came the dog and solved all our problems.
6 days before his birthday...he ate Nathans ipod.
Big, crocodile tears were shed.
Until he saw the light....and realized, hey maybe I can
get an Ipod touch outta this??????!!!!

We felt sooooooo bad about what the dang dog did.
So we agreed to his request...though he would have to contribute some mula towards the item. We do not give such grand birthday gifts ;)

So because he wasn't really getting much else for his birthday, we bought lots of little things, like candy and itunes gift cards. We found the biggest bag we had and stuffed it full of clothes and hid all the presents in the clothes to find.

Hee Hee....we're sooooo cruel.
But it made the magic last a little longer and he had fun finding everything. 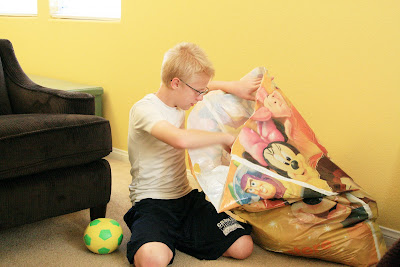 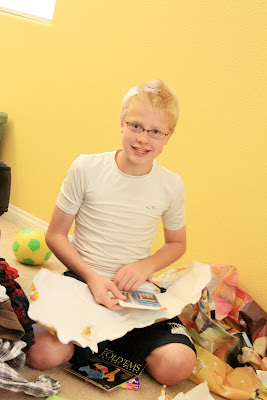 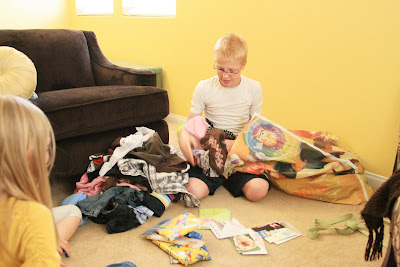 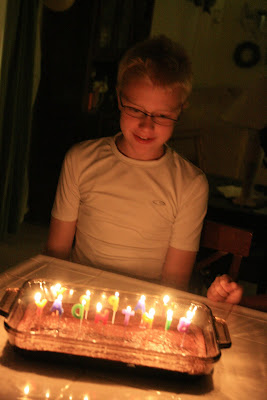 And as tradition goes for him...we had brownies.
Actually, he got his own pan of brownies.
What more could a 13 year old growing boy want....
but an entire pan of brownies for himself!
Posted by Carol at 2:37 PM

It does go SO fast! Such a cute way to give him his presents. He looks like he had a great birthday. Caleb had a blast;)

So fun! Teenagers are the best!